“Now we need to aim higher” 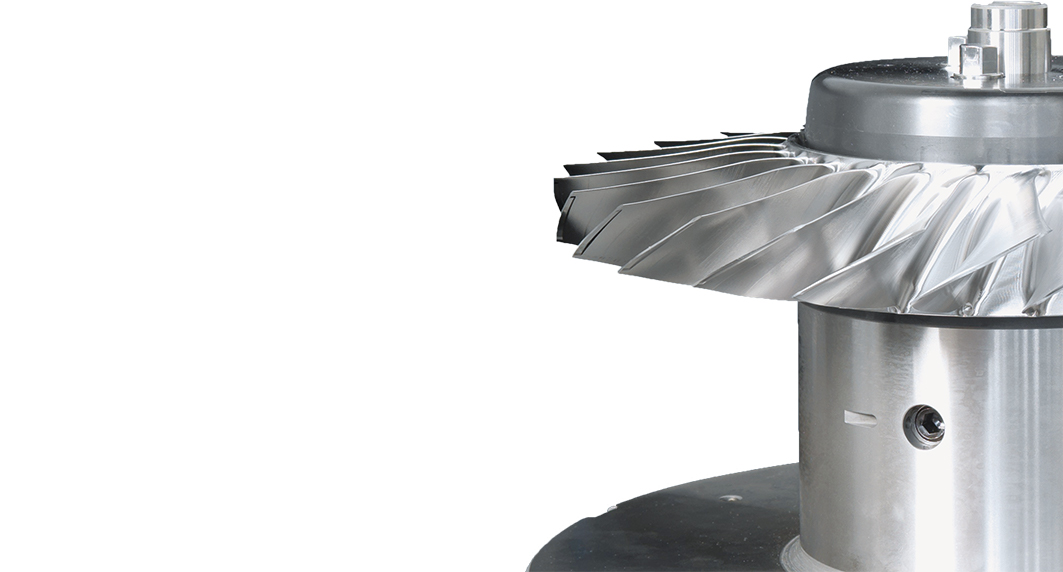 A model for successful collaboration with the Bundeswehr

For more than ten years now, MTU Aero Engines and the German Air Force have been maintaining engines together at a single location—in MTU’s shops. The cooperation strengthens the ties between industry and the German Armed Forces, avoids duplication of capacities and leverages resources to best effect. The initial skepticism about the idea that military personnel should work in an industrial enterprise soon vanished when the concept turned out a win-win relationship.

When, back in 1997, the German Armed Forces finally decided to purchase the Euro­fighter Typhoon, much had changed as compared with previous procurement projects: The Cold War had come to an end and defense budgets were shrinking. That was why the German Parliament at the time not only worried about the costs of acquisition but also took a closer look at the total cost of ownership. “Engine maintenance accounts for a significant part of overall operating costs,” explains Klaus Günther, Senior Vice President, Defense Programs at MTU. “To substantially reduce these costs for the Eurofighter weapon system, therefore, it was also necessary to bring down the costs as­so­ci­ated with the engines.” It took the industry and the German Air Force some serious brainstorming to find the best approach: What was possible and feasible? What would really save money?

The “Industry Support Working Group”, which was composed of representatives from the Ministry of Economic Affairs, the Ministry of Defense, the German Air Force, the Federal Office of Defense Technology and Procurement (BWB) and the German Aero­space Industries Association, finally came up with the idea of joint industry-military maintenance under industrial leadership. Plans were to collocate the work previously performed both in the Air Force’s maintenance bases and at the engine manu­fac­tur­er’s at a single site—MTU’s Munich facility—, with qualified military personnel working shoulder-to-shoulder with MTU staff.

In the end, a concept was developed that provided for soldiers of the German Armed Forces to be fully integrated in MTU’s structures and processes, just like MTU em­ploy­ees. “As part of the overall program, military personnel is involved in tasks such as spare parts management and requirements forecasting, failure investigations, product tracking and quality assurance,” explains Ulrich Ostermair from MTU, who was among the “founding fathers” of the cooperation. “Overall responsibility for maintenance rests with MTU, and the soldiers—mainly officers with a degree in engineering and engine mechanics—still report to the Air Force.” All maintenance work for which the en­gine has to be removed from the wing is performed this way, except for simple checks and the replacement of accessories on wing. “These tasks are still carried out by the soldiers at the respective air bases.”

It is no big secret that there was still a lot of skepticism when soldiers and MTU em­ploy­ees worked together on an EJ200 for the first time in 2002. Soldiers working in an industrial enterprise? That had seemed to be completely out of the question. However, it quickly became clear that the idea was, in fact, quite a good one. In a joint effort, the German Air Force and MTU have succeeded in achieving the cost targets they had set for themselves and also in meeting the agreed turnaround time of 23 calendar days almost without exception to this day.

The cooperation makes a substantial contribution towards making serving in the German Air Force’s technical services an attractive and rewarding career option.

Cooperation with the German Armed Forces

Under the cooperation with the German Armed Forces, air force personnel and MTU employees work side by side to ensure efficient engine repair.

The cooperation also covers the repair and overhaul of MTR390 engines, which power the Tiger helicopter.

As part of their cooperation, MTU and the German Air Force have been successfully maintaining EJ200 engines together since 2002.

In 2008, the MTR390 helicopter engine was also included in the cooperation.

The joint industry-military maintenance concept was extended to include the RB199 in 2006.

Today, MTU and the German Air Force work side by side to support three engine types. The maintenance is carried out at MTU’s new facility at Erding Air Base.

The side-by-side concept soon proved its worth, and maintenance of a number of other engine types was organized along the same lines. In late 2005, the col­lab­or­ation was extended to include the J79 for the Phantom, the RB199 for the Tornado and the RR250-C20 for the Bo 105 antitank and support helicopter. These engines are re­paired and overhauled in MTU’s new facility at Erding Air Base, so far the only in­dus­trial shop inside a German Air Force installation. Some years later, the MTR390 en­gine, which powers the Tiger helicopter, was included in the cooperation. Now that the Phantom and Bo 105 have been retired, the focus is on the EJ200, RB199, and MTR390.

According to Ostermair, MTU staff and soldiers work together in an exceptionally co­opera­tive and efficient manner. “Above all, they are set to accomplish the task as­signed to them: to restore the engine to perfectly serviceable condition and deliver it on time.” Is Ostermair fully satisfied? Almost. There is only one thing he would like to change: He would prefer the soldiers assigned to MTU to stay a bit longer before they return to the army to take on new tasks.

“The cooperation with the German Air Force is a textbook example of our ability to de­velop and implement service concepts tailored to our customer’s specific needs,” says Günther. MTU clearly also benefits from the cooperation. “We thus receive immediate feedback on how our systems behave under actual operating conditions.” Should new requirements arise, the company is in a position to respond quickly. At the same time, the cooperation in no small measure contributes towards making careers in the tech­nical services of the Air Force more attractive. This ultimately not only benefits the German Armed Forces, but also provides the soldiers who work under the co­oper­ation with options for their further professional life.

The concept of the cooperation in its current form is not cast in stone, but is con­tinu­ously further being developed. MTU and the German Air Force are already exploring op­tions to take their partnership to the next level and intensify their cooperation in the field of engine repair and overhaul (WEK-T), the aim being to guarantee maximum avail­abil­ity of the Air Force’s engines based on concepts similar to the ones that have become common practice in commercial aviation

A few weeks ago, all maintenance activities under the cooperation still performed in Munich were transferred to MTU’s Erding facility. The move is expected to leverage synergies among the various programs to even better effect.

The aviation industry had awaited the event with great excitement: On March 27, 1994, the first Eurofighter Typhoon development aircraft, then still dubbed “EFA 90”, took off for its first flight from Manching Flight Test Center in Bavaria, with Dasa Chief Test Pilot Peter Weger in the cockpit. The 45-minute flight heralded in a new era for fight­er jets: Never before in the history of jet-powered aircraft had there been a bigger leap in technology.

Overall, more than 400 Eurofighter Typhoon aircraft have been delivered to the air forces of Germany, the United Kingdom, Italy, Spain, Saudi Arabia and Austria. The twin-jet fighters are powered by EJ200 engines. MTU has a major stake in this pro­gram, developing and producing the low-pressure and high-pressure compressors as well as the Digital Engine Control and Monitoring Unit (DECMU). Moreover, MTU is responsible for final assembly of the engines for the Eurofighters destined for the German Air Force.

Blisk devel­op­ment: How blade and disk became one