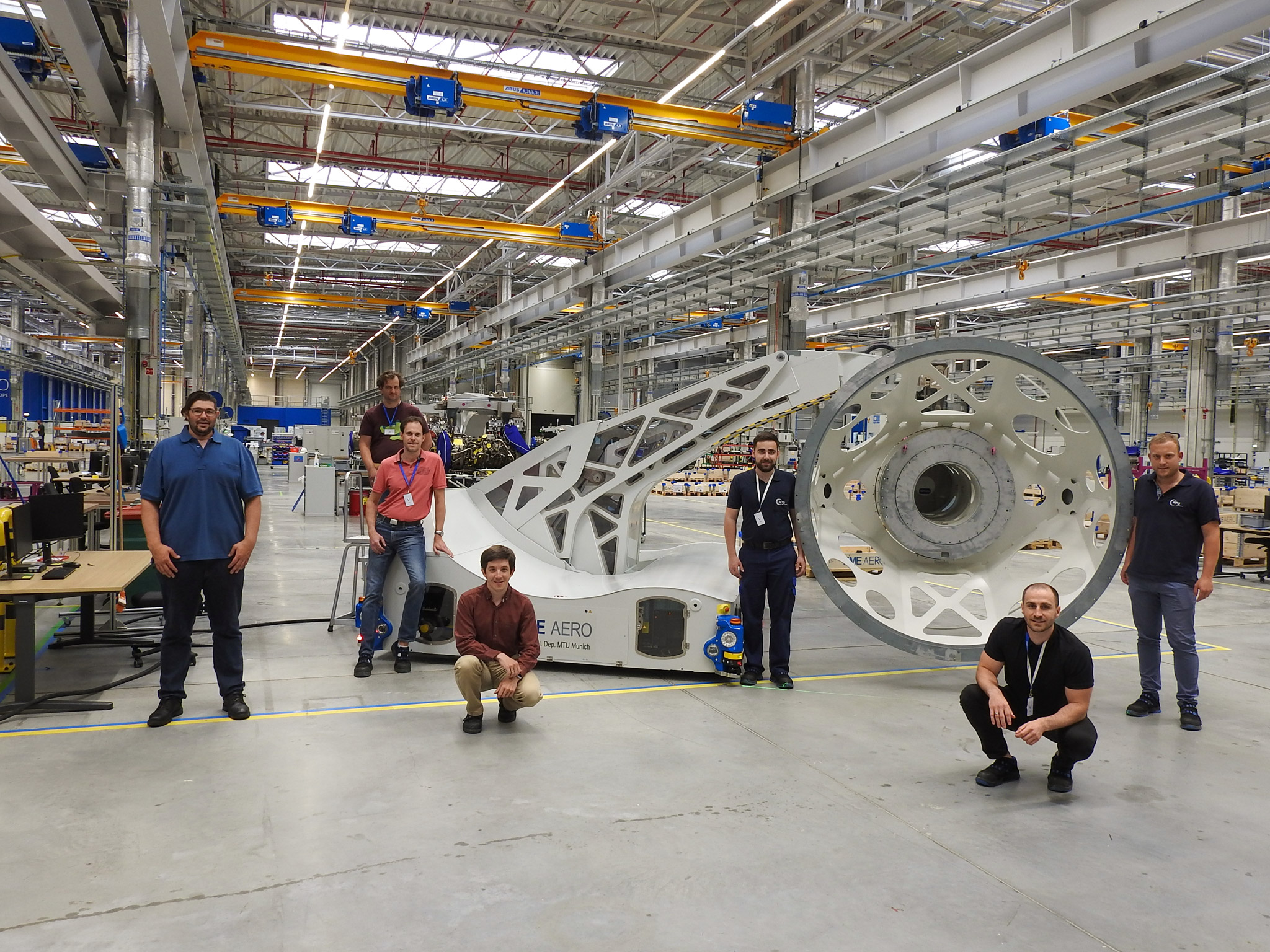 Innovative assembly system for the... 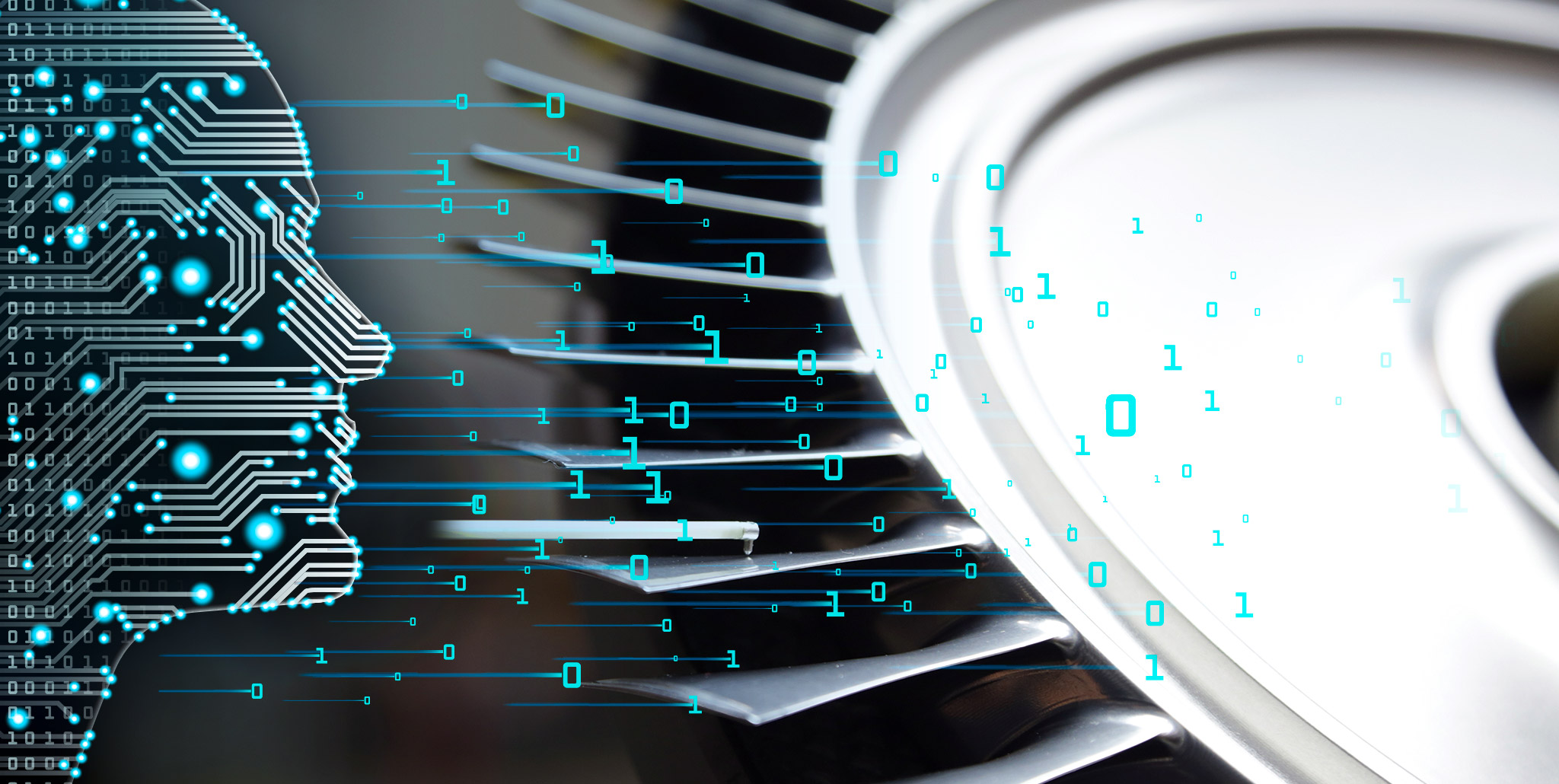 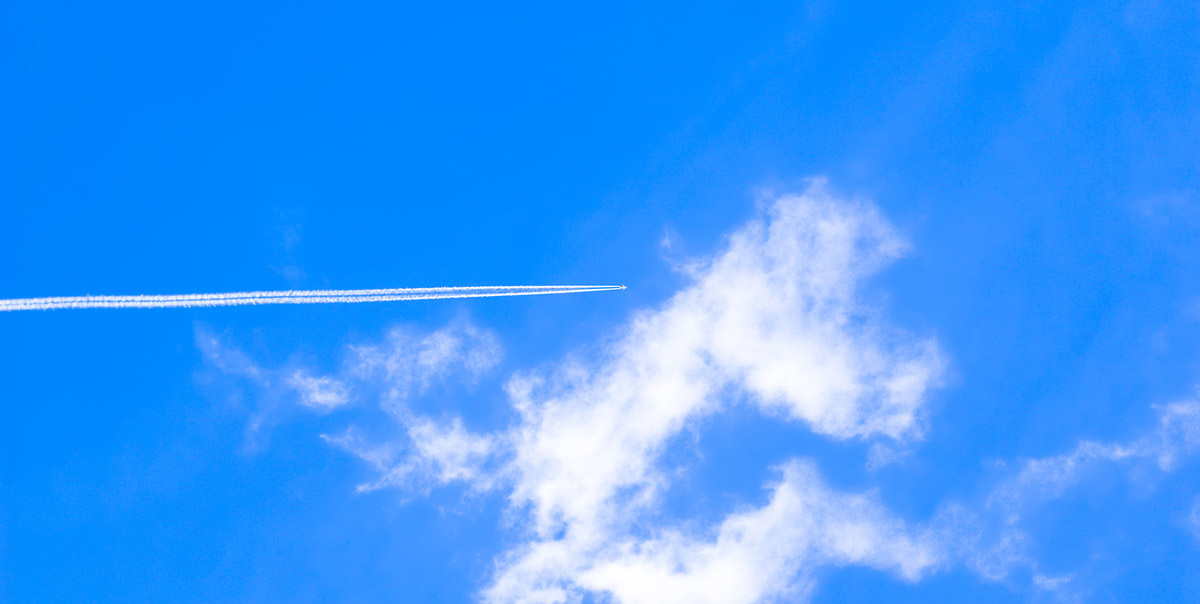 A lack of water vapor in the atmosphere would make life on Earth extremely unpleasant. As the greatest contributor to the natural greenhouse gas effect, water vapor plays a key role in maintaining the average temperature of our planet at around 15 degrees Celsius—and not the freezing point or below. Without it in the Earth’s atmosphere, there would be no clouds or rain. In other words, water vapor is critical to enabling life as we know it. However, if water vapor enters the atmosphere through aircraft engines rather than through natural evaporation from rivers, lakes and oceans, it contributes to anthropogenic global warming in the same way that carbon dioxide (CO2) does—especially if it forms long-lasting contrail cirrus clouds at high altitudes. Scientists still do not fully understand this phenomenon or the climate effect caused by nitrogen oxides, and research into the complex processes that take place in the atmosphere continues to this day.

In the past, aviation goals have focused on minimizing the direct impact of CO2, an area in which the industry has indeed made great strides: between 1990 and 2019 alone, the average fuel consumption of Germany’s passenger aircraft fleet, and by extension its CO2 emissions, was reduced by 43 percent—thanks in part to more efficient engines. Over the past two decades, however, countless research findings have painted an ever-clearer picture: CO2 is only one aspect of aviation’s impact on the climate. “On a global scale, we can now say that about one-third of air transport’s climate impact is attributable to carbon dioxide emissions and about two-thirds to the formation of persistent contrails, nitrogen oxides and other aerosols,” says Reinhard Herbener from the German Environment Agency (UBA) in Dessau-Roßlau, who is an expert on air transport’s climate impact.

The new goal: Reduce all factors that impact climate

Published in September 2020, the most comprehensive study to date on aviation’s climate impact confirms and clarifies these findings. It is the first time that researchers have also accounted for the impact of spatially inhomogeneous effects in their calculations. These include the occurrence and effect of contrail cirrus clouds, which have a different distribution around the world depending on the air traffic and weather conditions. “Generated by water vapor emissions, these clouds can have either a warming or a cooling effect on the Earth’s temperature,” says Professor Robert Sausen of the Institute of Atmospheric Physics at the German Aerospace Center (DLR) in Oberpfaffenhofen. The study was able to quantify their climate impact with greater precision than previous research. “We found that contrail cirrus clouds are less than half as damaging to the environment as previous estimates suggest. Nonetheless, they are still aviation’s greatest contributor to global warming,” Sausen says.

MTU Aero Engines, too, has been following all the recent developments in the scientific findings, says Fabian Donus, Innovation manager at MTU: “We’ve been working for quite some time to incorporate the new insights into our climate targets and technology developments.” One approach Donus and his colleagues are taking is to re-examine today’s engines from this new perspective to find the best solution overall for minimizing factors that affect the climate. That’s because even modern engines are capable of generating persistent contrails under certain environmental conditions: when kerosene is burned, water vapor is the second main product of the reaction after CO2. Another major focus for MTU’s engineers is the climate impact of next-generation, hydrogen-based engines, as these are still not 100% climate friendly. Because even though the two solutions in focus—modified engines that burn energy-rich hydrogen directly and fuel cells that use it to power electric propulsion systems—no longer generate CO2 emissions, they do still produce water vapor.

Innovation manager at MTU: In addition to re-examining today’s engines from the new perspective of finding the best solution overall for minimizing climate factors, Fabian Donus is focusing on the climate impact of next-generation engines based on hydrogen, as these are still not quite 100% climate friendly.

“From a technical perspective, we believe the effort involved in retrofitting current engines to work with hydrogen will be moderate.”

The technology for direct hydrogen combustion could be ready somewhat sooner and pave the way for the flying fuel cell, which MTU estimates might take off as early as 2035. “From a technical perspective, we believe the effort involved in retrofitting current engines to work with hydrogen will be moderate,” says Dominik Wirth, expert in advanced population systems at MTU. Burning hydrogen produces water vapor and nitrogen oxides as the only emissions “We’re currently conducting an elaborate study to determine what climate impact this will have and how it will compare with the impact from conventional engines and the fuel cell,” Wirth explains. What we can be certain about, he says, is that hydrogen combustion produces more water vapor than conventional fuels do—but that’s not necessarily a bad thing: “The vast majority of contrails evaporate again just a few hundred meters behind the aircraft and are completely irrelevant in terms of their climate impact.”

MTU expert for advanced propulsion systems: Burning hydrogen produces water vapor and nitrogen oxides as the only emissions. Dominik Wirth is investigating what that means for the climate.

In the opinion of UBA expert Herbener, hydrogen combustion offers the advantage that it produces significantly fewer aerosols than conventional engines. “It doesn’t emit any sulfur or soot, which can become condensation nuclei and stimulate cloud formation.” While this cleaner form of combustion is certainly advantageous, it does not prevent the resulting water vapor emissions from condensing, since natural aerosols such as dust particles or organic molecules are also present in the atmosphere and act as cloud seeds. For that reason, Wirth and his team are also investigating how to minimize the climate impact of persistent contrails—quite a challenge given the countless parameters involved. According to Wirth, these include the size and number of ice crystals that form around the condensation nuclei, the solar radiation and the brightness of the backdrop. However, he believes that deeper knowledge of the processes behind cloud formation could hold the key to reducing the effect that contrails have on the climate.

Chief Engineer Flying Fuel Cell at MTU: With the exception of water vapor, fuel cells will be emissions-free. Barnaby Law is exploring how some of this water can be recirculated back into the fuel cell.

“It might even be possible to design the fuel cell to emit no harmful water content at all.”

With the exception of water vapor, fuel cells will be emissions-free. “And because operating processes in fuel cells use much lower temperatures than those involved with hydrogen combustion, they emit more water in liquid form,” explains Barnaby Law, Chief Engineer Flying Fuel Cell at MTU. That’s why propulsion systems based on fuel cells don’t generate any nitrogen oxides either, as these start to form only at temperatures of 1,300 to 1,400 degrees Celsius and above. One aspect Law and his colleagues are working on is how to recirculate a certain amount of the water produced back into the fuel cell. “The system needs a certain amount of moisture, which you don’t get at high altitudes,” he explains. As a way to further minimize the fuel cell’s climate impact, Law plans to alter the emitted water as required: “We can produce large or small water droplets or even draw liquid water out of the system as a small trickle.”

“We have to pull out all the stops to reduce our climate footprint, period. That of course applies to conventional engines, too. A variant of the GTF engine that offers even greater fuel efficiency has been in the works for quite some time.”

But as is the case with hydrogen combustion, he explains, the first step is to refine our understanding of how various factors—such as the size and distribution of the droplets, different temperatures, and altitude—interact and what impact this has on the environment. “It might even be possible to design the fuel cell to emit no harmful water content at all,” Law says. Time will tell if that will work or not, he adds, “but what we do know is that we have some scope to influence water emissions.” Other methods can be employed alongside these technical solutions to minimize the potential effects of water vapor. Sausen from the DLR is confident it will be possible to plan climate-friendly flight routes for hydrogen engines in the same way as for conventional engines. “We have to pull out all the stops to reduce our climate footprint, period.” Donus says. “That of course applies to conventional engines, too. A variant of the GTF engine that offers even greater fuel efficiency has been in the works for quite some time.”

High-Tech made by MTU